My Experience of School Life so far 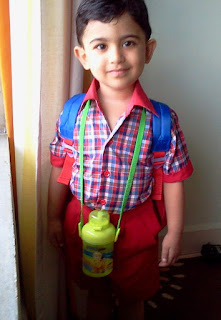 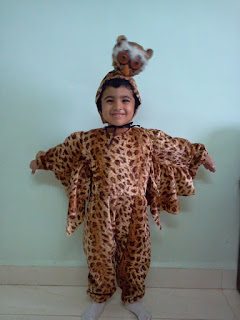 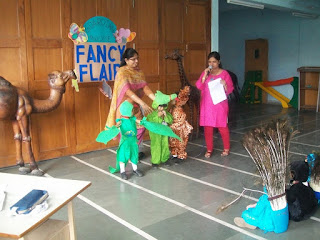 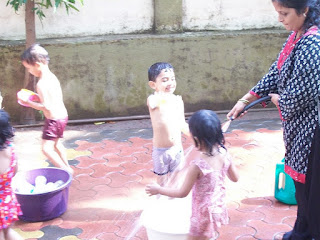 Today I am going to tell you about my own school life so far means, from 3 to 11 years.

First of all, we will start with nursery, when it was the first day of my school both my father and mother dropped me off at school. When I entered the school gate my mother was crying, but I went to school with swag and I did not look back and see what was happening behind me. I entered the school with my small bag and a bottle hanging on my neck. And my class was on the ground floor so reached my class fast. My class was the best in school because in there everything was colourful like benches, tiles, pictures, and board. Generally, in every class, there is only one teacher but in our class, there were two teachers. The teacher used to tell us to bring healthy food to eat. And when we had lunch, the teacher used to ask us, "Your food is fine? There is no problem?” One day my mother gave me cucumber and that cucumber was bitter. So I told my teacher that “my cucumber is bitter”. And then the teacher told everybody in the class to share their food with me. There was a student in my class who brought poha (Indian breakfast) every day and had a strange habit that he never ate from the front of the spoon, he always ate it from the back of the spoon. And in this way my school used to end with some stories. And every year there were some competition and I always used to take part in that. I have also won many certificates and trophies every year in some competition. So in nursery, I won first prize in Fancy fair and second prize in sports. When the day ended, and my mother came to pick me up, there was a seller who sold cotton candy so I always forced my mother to buy it. 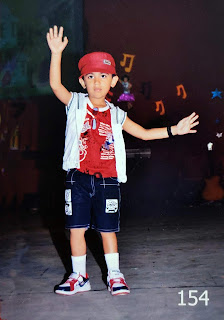 So let's go to junior KG. In junior KG my class was on the first floor. There was one boy who always irritated and beat me in junior kg, so one day in front of the teacher I pinched his ears. The teacher then told me when school would end. Wait there until all the parents leave. And when all the parents took their children and that teacher called my mother inside the school, they complained that, “In front of my eyes your child pinched on a boy's ears.” then my mother told the teacher that, “That boy must have done something wrong that's why my child did the same with him.” And we left the school, not permanent we left because school time was over. In junior KG, I won second prize in Rhythmic Rhymes. 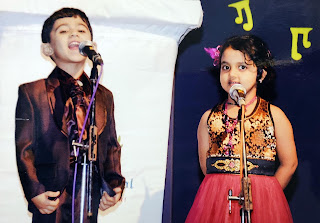 Now let’s move on to senior kg, the class teacher of our class was the same teacher with whom my mother did the argument. That teacher liked me a lot. That teacher also gave me the best boy of the year in senior KG. I don't remember any interesting story during senior KG. In senior KG I won second prize in humming buzz (General Knowledge competition). 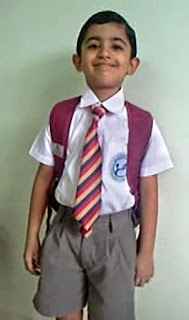 Now let’s move to the first standard. When I was going to the first standard I was a little scared, because new teachers will be there and I will reach in the primary section. When I reached the first standard the teachers were very friendly except for one teacher, our class teacher was also very nice. That teacher, who was not friendly, was very dangerous because a little mistake in front of her eyes means like one very big mistake. So if a student has made a mistake and if that dangerous teacher sees it, then that student is finished, it means that the teacher will scold that student for half an hour and very loud, very loud means that The whole school will be able to hear that the teacher is scolding someone. That teacher was very fat and walked very slowly, and with a style. Whenever the teacher entered the classroom, it took at least 5 to 10 minutes to reach from the door to the table. And one day that dangerous teacher appointed monitors, the duty of that monitors was, till that dangerous teacher come into the class, they should take that child out of their bench who talked and made them sit down on the floor. And when that teacher will come into the class that teacher will scold that child. And one day the monitor took out me because I was talking and now I was sitting down on the floor and then suddenly that teacher came, and took my collar and said: “if I saw you sitting down again then You will be dead”. I was like “ok”.

I had a lot of best friends. Me and more two of them were very best friends. Me and that my friends always go to the washroom together at lunchtime. If a friend of mine or I am writing something, my other friends used to wait and not go to the washroom till the work was over. And in the first standard, I won first prize in Telling Tales (storytelling competition) and in Annual Athletic Meet. Like this my first standard ends. 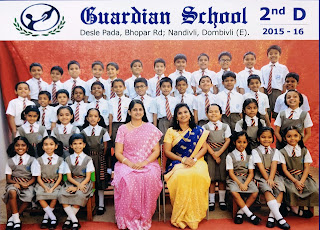 Let’s move to the fifth standard, in the fifth standard we started writing with a black pen. No blue pen and any other colour pen were allowed instead of black. And in the black pen, you cannot bring a gel or fountain pen. But I always brought a gel pen because in the ball pen the writing was very light and always the teacher told me to write with a dark pen so I wrote with a gel pen that year. In that year the final exam results were not shown. But my mother told me that at least tell one exam result so the teacher told Maths result because our class teacher taught us Maths. And I got 56 out of 60 marks I was very happy because I studied so much in Maths. In the fifth standard, I won first prize in Annual sports and second prize in Rhythmic Rhymes.

Popular posts from this blog

May 23, 2021
List of best phones under Rs. 20,000 Are you looking for the best mobile under Rs 20,000/- in India? We will help you to choose the better one for you. Today, there are many cheap and expensive options for smartphones in the market. But you do not need to spend much money to get a phone with high-end features. We have brought you the best phones under Rs.20,000/- in India through a lot of research, so you will be surprised to see how many great options you have to choose from. The mobile selection below is based on performance. However, we have researched and taken over the 5 best mobiles for you. You can choose any mobile, all is best in this price range. It is purely a matter of personal choice. 1. Poco X3 -     https://amzn.to/3vjuxfO     Display : 6.67" FHD + IPS LCD 120Hz   SoC: Qualcomm Snapdragon 860 RAM/ROM : 6GB/128GB Battery : 5160mAh | 33W Charging OS : MIUI 12 Android 11 Fingerprint Scanner : Side Mounted Camera Back : 48MP + 8MP + 5MP + 2MP Camera Front: 20MP Price :
Post a Comment
Read more

April 16, 2020
I have written this blog because today on 14 April is my birthday. Happy birthday to me. Here I am telling you about my birthday celebration every year. First  B'day - 2009 On my first birthday, my grandmother told to celebrate a birthday in our native place. So we went there and many relatives came to celebrate my birthday, at that time I was very healthy and now I am thin. We did a party at night. Everybody took a piece of cake and applied it to my face. My cake’s design was of Mickey Mouse. I got a lot of gifts. Everybody enjoyed a lot on my birthday. 2nd B'day- 2010 On my second birthday, my two aunts, one uncle, one younger sister, one younger brother, and grandmother came. One of my aunts came to the city from some other job but thought that they would do their work and they would join me on my birthday too. I got gifts. This birthday was celebrated in my home.    3rd B'day - 2011 On my third birthday, My younger brother and my relatives
Post a Comment
Read more